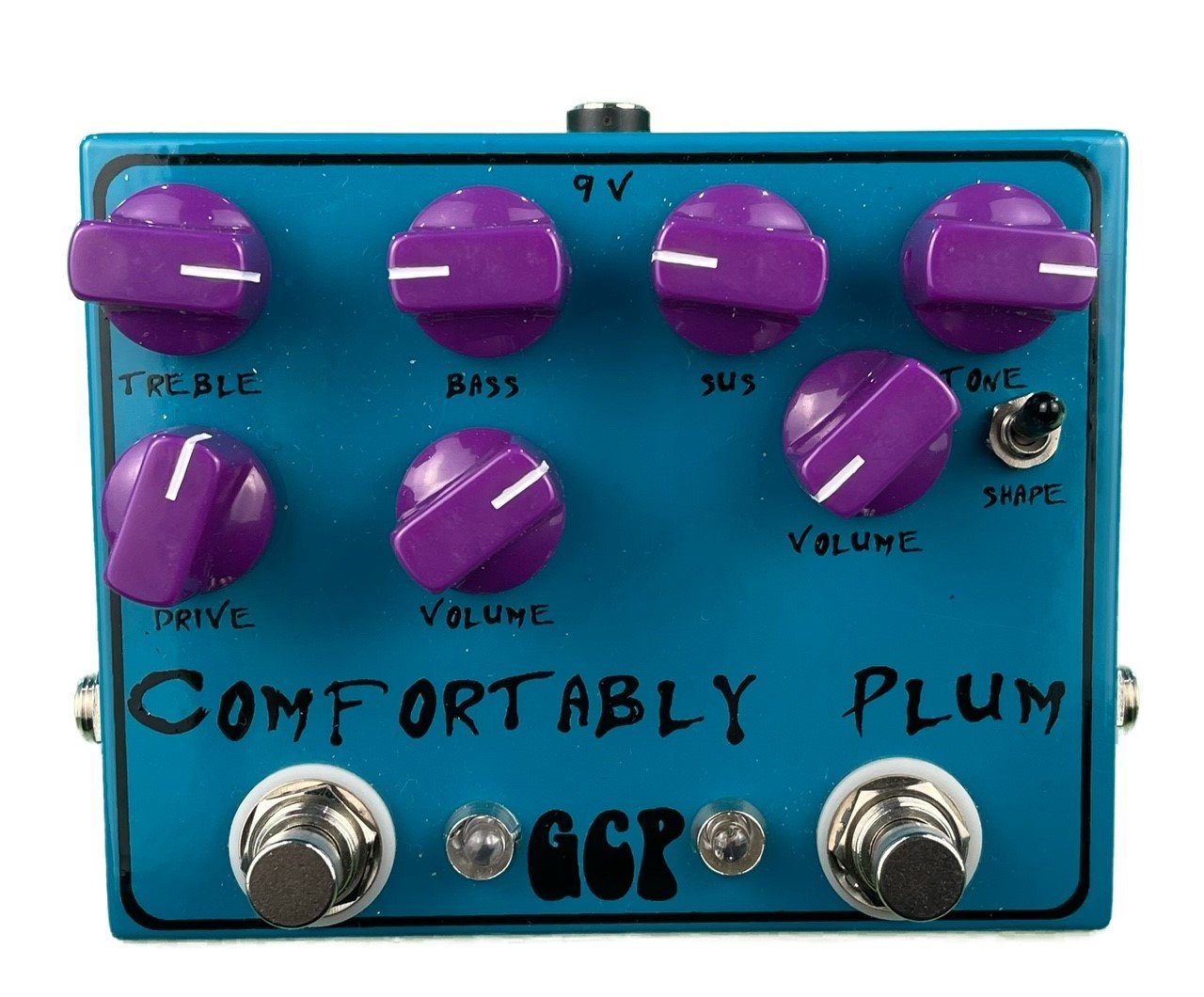 We’re about to launch the Comfortably Plum pedal. The website is playing silly buggers with us so we cant load it’s true home page.

The ‘Comfortably Plum’ is our homage and a nod towards David Gilmour. The Plum brings together 2 classic circuits into one distinctive pedal. The first channel is the classic ‘Ramshead muff’ as used by David on a number of albums & tours throughout his career. We’ve added a 3 way tonal switch which allows you to switch between a10db’s & 4db’s boost to a classic scooped Muff tones.
The second channel is based on the ’Colorsound Powerboost’ but we’ve tweaked the circuit in a couple of places and added a volume control to make the circuit more user friendly. The volume control allows you to dial in the pedal from a clean boost to an overdrive just by the interaction between the drive & volume controls. This circuit is another one favoured by David Gilmour especially as a tone sweetener after a muff. We’ve also added a voltage doubler meaning that the circuit runs at just short of 18v for more headroom but uses the standard 9v input so you don’t have to worry about a 18v power supply. Both these channels work independently of each other but the real magic happens when used together. The Ramshead cascades into the PB for tonal heaven.
The Comfortably Plum is constructed in ‘true bypass’ removing the possibility of any tone suck from your original signal when the pedal isn’t engaged. All GCP pedals run on 9v via a standard Boss negative centre input Jack. The Comfortably Plum pedal should only be run at 9v & you should not attempt to use 18v.