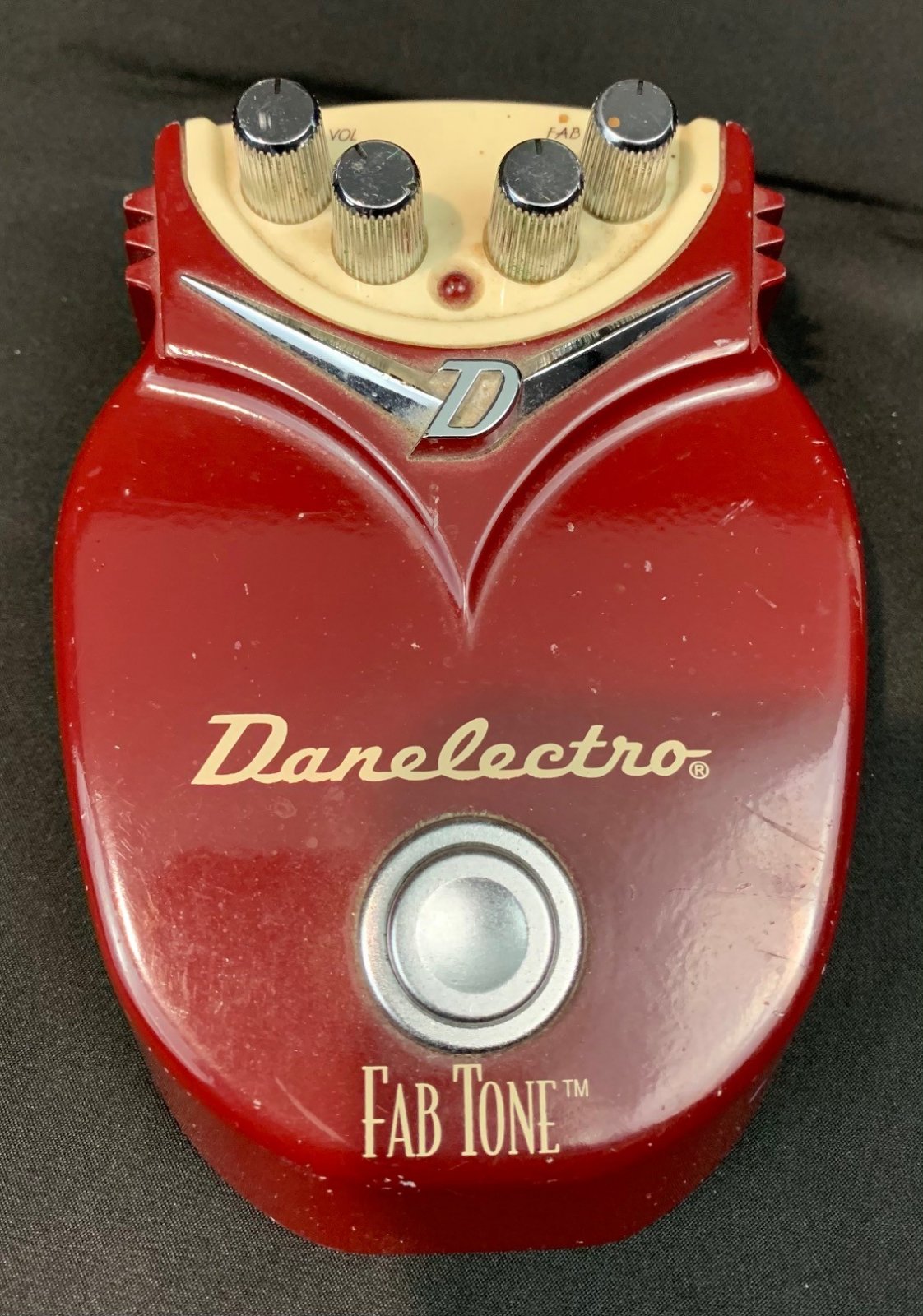 used a Danelectro Fab Tone as a bass distortion in the late 1990s and early 2000. Although it was designed as a guitar effect, Prince only used it on bass. This was probably influenced by Larry Graham. It can be heard on the Everlasting Now and was also used live and in the studio by Rhonda Smith.