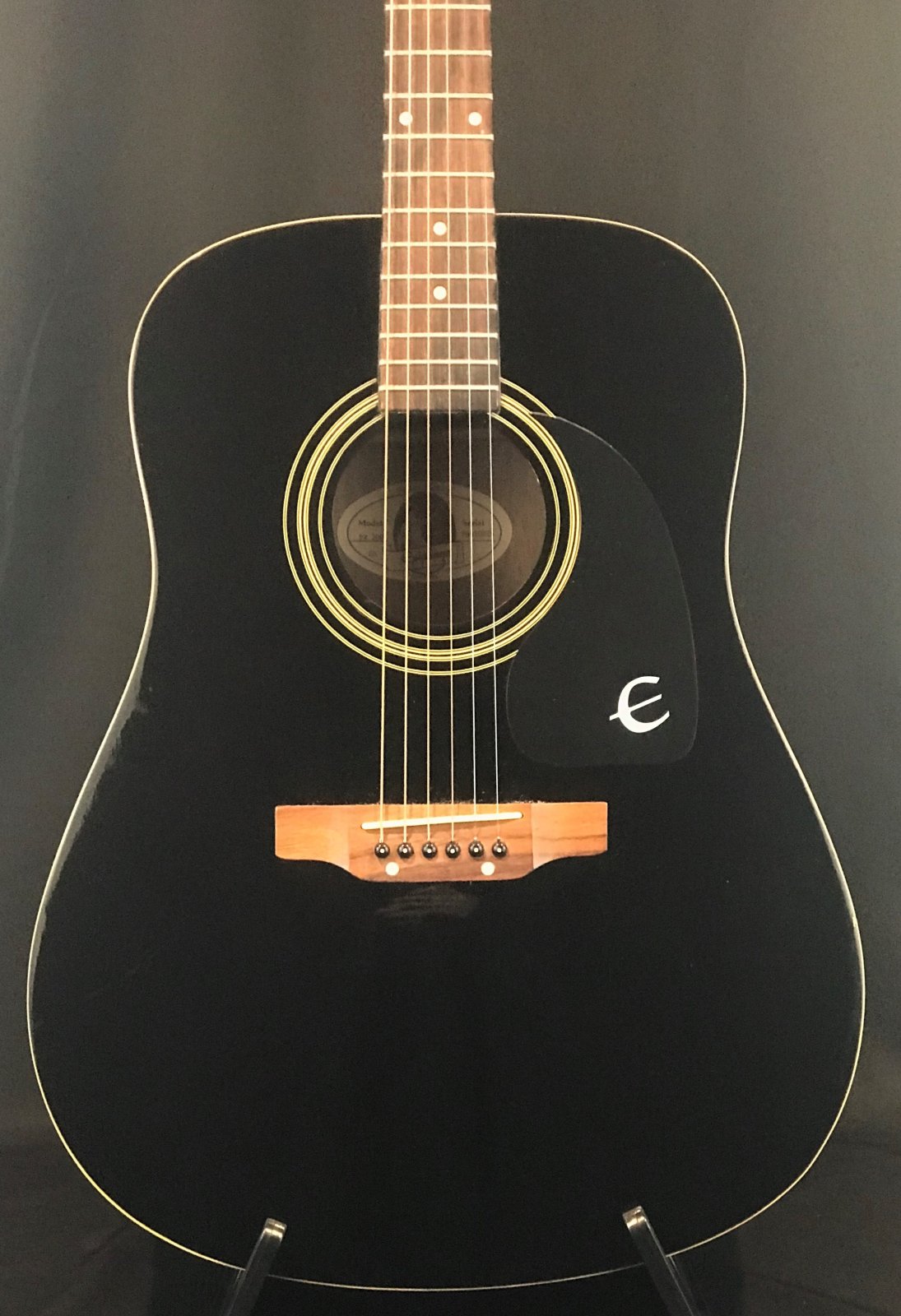 
In 1958 Gibson acquired the Epiphone trademark and equipment, lock, stock, and barrel, and as the Blue Book of Acoustic Guitars says, “It was decided that Epiphone would be re-established as a first-rate guitar manufacturer, so that Gibson’s parent company, CMI, could offer a product comparable in every way to Gibson....Gibson was (in effect) competing with itself,” selling virtually identical models of guitar. All were built at the Gibson plant in Kalamazoo to the same high standards, in many cases by the same designers and craftsmen, but with different labels and model numbers. This situation only lasted until 1969-70, when most Epiphone production was shifted abroad; however, when this guitar was made, the “Gibson” name was still being embossed on the truss rod cover.

The PR-200 has a dreadnought-style body, with a solid spruce top and mahogany back and sides. There is a multi-ring rosette, full body binding, a solid mahogany neck, a 14/20 rosewood fingerboard with pearl dot inlays, a mahogany headstock with the Epiphone logo, and three-per-side enclosed chrome tuners. The rosewood bridge and the black pickguard with the Epiphone “E” are set off well by the black high gloss finish top.

The tonewoods are starting to open up, and it sounds really good, similar to my Guild D-25, for example. While there is an obvious headstock repair, structurally, it is now in very good condition: flat top, straight neck, little fret wear, solid bridge, and so forth. Cosmetically, it is also in excellent shape: the shiny black finish is more beautiful than ever, with very few dings or bruises and a bit of buckle rash on the back.

There is no case,