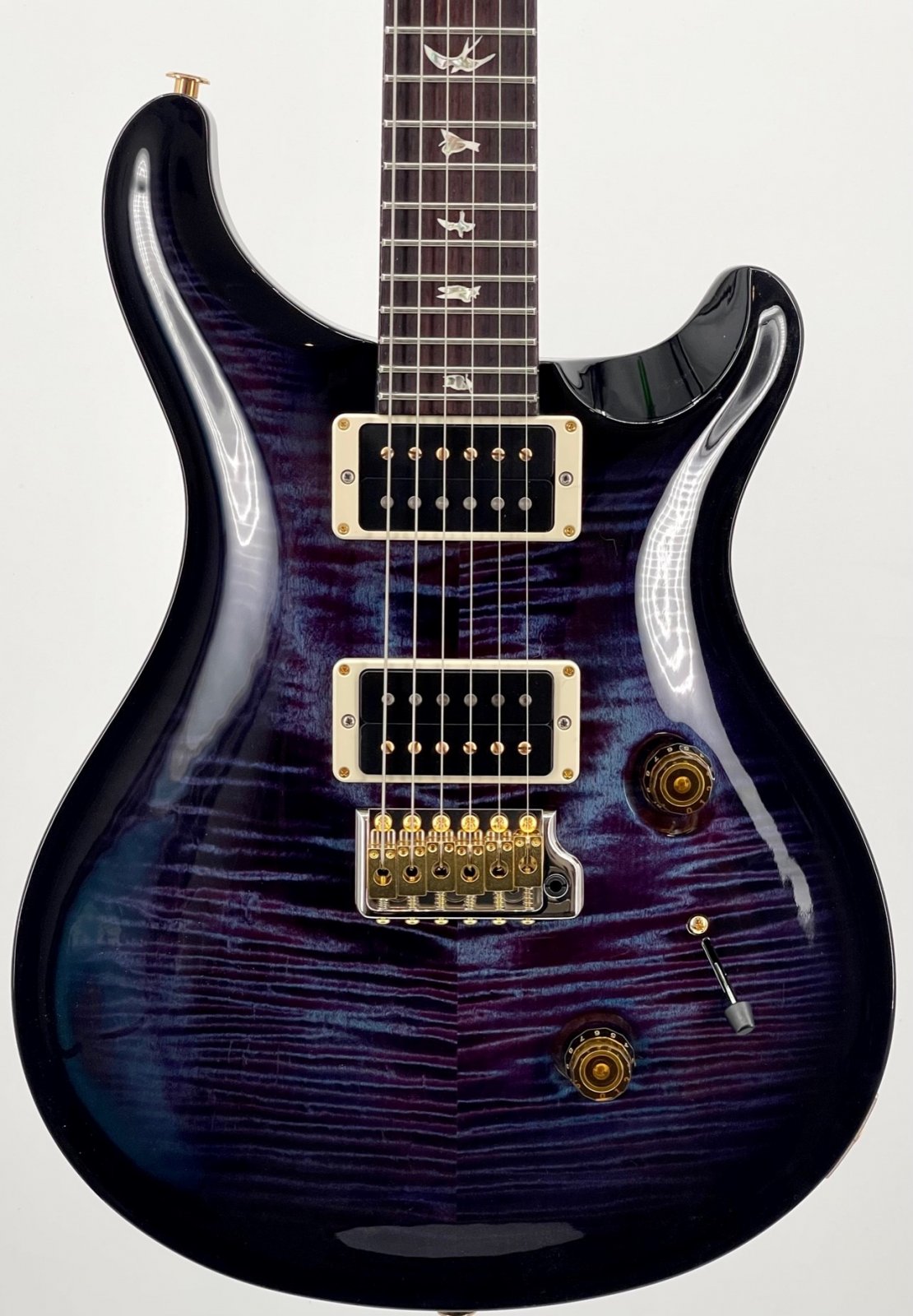 This PRS Custom 24 is a beautifully playable solidbody electric guitar that sounds as amazing as it looks. Feast your eyes on an exquisite maple 10-Top, paired with a comfortable lightweight mahogany body, all dressed to kill in PRS's superb high-gloss nitro over a cellulose CAB basecoat finish. You'll delight at the touch of the 24-fret mahogany neck with its satisfying Pattern Regular profile and rosewood fingerboard with signature bird inlays. And the sound of this elegant beast? Premium TCI-tuned 85/15 humbuckers and 5-way switching deploy a stunning arsenal of tone. This PRS Custom 24 solidbody electric guitar also features Phase III locking tuners and a Gen III tremo

The Custom 24 features PRS's Pattern Regular neck profile. Evolved from designs Paul Reed Smith has been working on for decades and perfected after years of prototyping, the Pattern Regular neck shape is similar to the traditional Regular-profile neck found on PRS guitars made in the late 1980s. The Pattern Regular neck carve is a nice balance between fat '50s-style necks and the thin necks that became popular in the early '60s. It's ideal for players who alternate between thumb-over fretting techniques and classical left-hand positioning, pivoting with their thumb on the back of the neck.

To create the 85/15 pickups, PRS took their Standard Treble and Bass pickup designs from 1985 and update them with everything they've learned since then. The original '85 pickups were voted one of the 33 biggest pickup design innovations by Guitar Player magazine. The updated 85/15 pickups balance vintage character with modern clarity. PRS retooled these pickups to bring the sweet harmonics and chunky warmth of this classic design to your Custom 24. Each set of pickups has been ear-tuned to perfection by Paul and his team, a process known as Tuned Capacitance and Inductance (TCI). The end result is a very musical pickup that’s true to its lineage, but updated for the modern player.