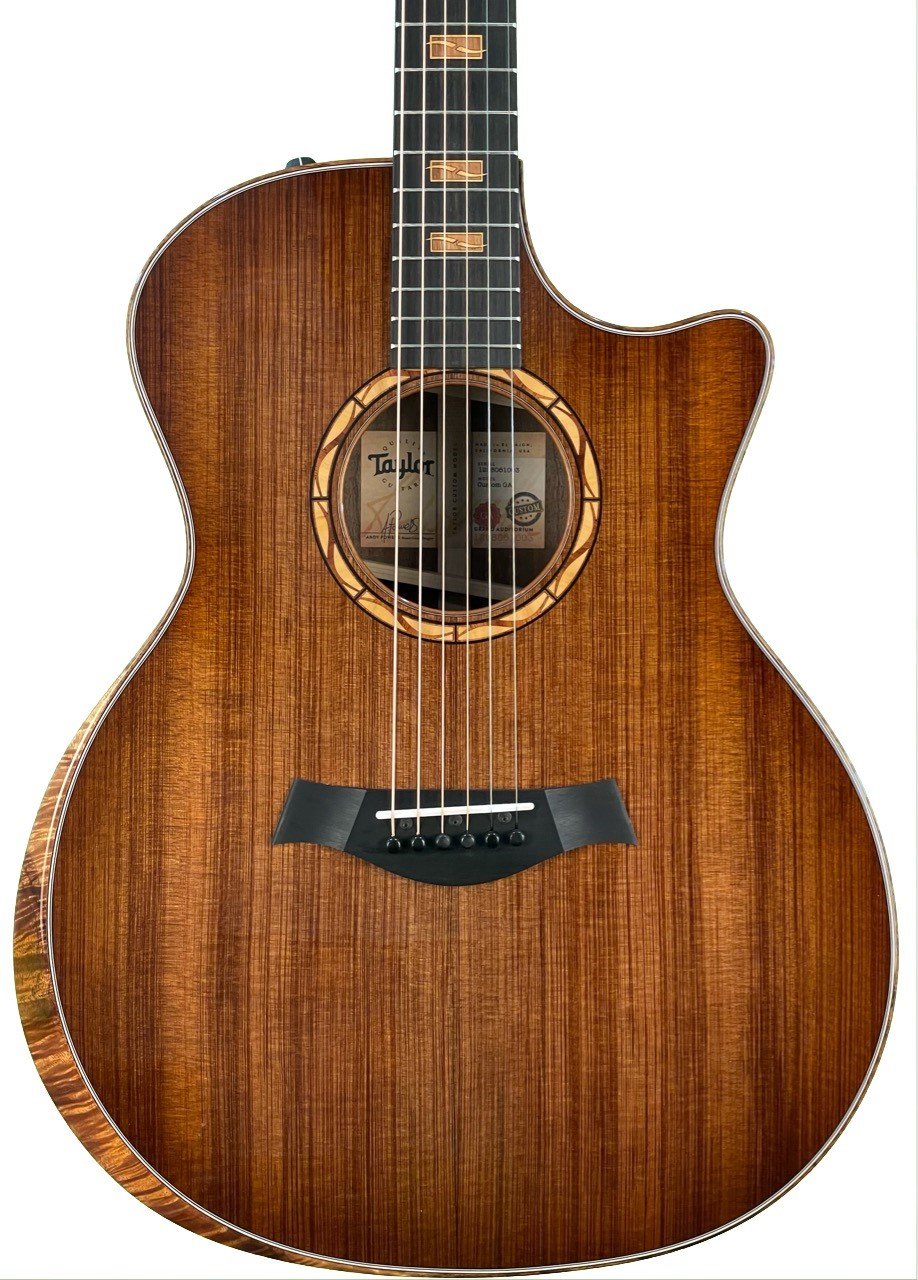 
For questions or help ordering, call: (513) 843-5739
Third Rock Music Center is Proud to offer this Limited Edition Grand Auditorium.  Made specifically for the Summer NAMM show of 2021 in Nashville TN.

This amazing guitar includes the following:

Our most popular and versatile body shape, the mid-size Grand Auditorium arrived in 1994 bearing refined proportions that fell between a Dreadnought and Grand Concert. While the bigger Dreadnought was traditionally considered a flatpicker’s guitar and the smaller Grand Concert catered to fingerstylists, the GA was designed to deliver on both fronts. The shape produced an original acoustic voice that was big enough to handle medium-strength picking and strumming, yet with impressive balance across the tonal spectrum, especially in the midrange, producing clear, well-defined notes that suited both strumming and fingerstyle playing. The GA’s overall presence tracks well with other instruments both in a studio mix and on stage, and singer-songwriters have embraced its utility both for composing and traveling with one guitar. Many people want a single guitar that can cover a variety of styles, which is why the GA continues to be our bestselling shape. If you want a great all-purpose guitar, the multi-dimensional GA won’t let you down.

The beveled armrest is our more widely used and most recognizable design, thanks to its more visible carved surface. You’ll see the beveled armrest crafted from a variety of materials, depending on the series. On higher-end models like the Presentation and 900 Series, you’ll find a luxurious gloss-finish ebony armrest edged with beautiful detailing.

You’ll also find a simplified version of the beveled armrest on our more modestly priced Academy Series guitars. The goal was to create the most physically inviting playing experience for entry-level players to make a great first impression. Starting out on a more comfortable guitar--when playing comfort arguably matters most--increases the likelihood that a player will enjoy the experience and stick with it.

The Taylor Expression System® 2 (ES2) is a revolutionary pickup design that delivers the latest in Taylor’s ongoing innovation in acoustic guitar amplification. The heart of the Expression System 2 is Taylor’s patented behind-the-saddle pickup, which features three uniquely positioned and individually calibrated pickup sensors. The location of the sensors enables a more dynamic range of acoustic sound to be captured than ever before. Together with Taylor’s custom-designed “professional audio”-grade preamp, this system produces exceptional amplified tone and responsiveness. On stage through a PA, plugged into your favorite acoustic amplifier, or direct into recording software, the Expression System 2 faithfully conveys the voice of your Taylor guitar.

Behind the ES2 Design: Rethinking the Piezo Pickup

For decades, piezo-electric transducers have been positioned under the saddle of a guitar based on the long-held belief that the string and top vibration cause the saddle to “bounce” up and down. But Taylor’s electronics team, led by developer David Hosler, discovered that the vertical movement is actually heavily restricted, and that the saddle gets “locked down” due to the string tension’s downward pressure. That’s why a traditional under-saddle pickup with piezo-electric crystals often responds with a sound often characterized as thin, brittle, brash or synthetic, especially with more aggressive playing.

The saddle’s natural range of movement as the guitar is being played is actually back and forth like a pendulum. That revelation led Taylor’s design team to relocate the crystals from under the saddle to behind it. The new positioning enables the crystals to respond more naturally to the guitar’s energy as it is transferred through the saddle. Three pickup sensors are installed behind the saddle, through the bridge, with three tiny Allen screws that calibrate the position of the sensors in relation to the saddle.

Like the original Expression System, the ES2 features the same volume and tone control knobs. The preamp is similar but with a slightly different gain structure. As a result it will be about 25 percent hotter, which is more in line with other pickups. This makes it plug-and-play friendly both for artists and live sound mixers.